To the Hiroshima Nagasaki Day Coalition

On the Canadian shores of Lake Ontario, the small community of Port Hope has been the site of the world's oldest radium and uranium refinery since the 1930's, located on our waterfront. Uranium refined by the Crown Corporation Eldorado Nuclear Ltd. (privatized as Cameco Corporation in 1988) was used by the United States and allies in the Manhattan Project which resulted in atomic bombs being dropped on two Japanese cities, Hiroshima and Nagaski, in August 1945. Seventy-five years have passed since those terrible days and we recognize that the sorrow and pain for the people of Japan is incalculable and never-ending.

For decades, Port Hope has been one of several Canadian communities subjected to health dangers due to the government's pride and priority to develop the uranium industry as a major global energy source. In Port Hope however, thousands of residents and workers were subjected over the years to the toxic chemical and radioactive emissions from two Cameco nuclear facilities within the town, a uranium refining/conversion facility and nuclear fuel fabrication plant. Both facilities currently operate with 10 year licenses by the federal regulator, the Canadian Nuclear Safety Commission (CNSC) in spite of their unsecure locations beside homes, schools, waterways and businesses. The fact that children, women and men are the buffer zone who inhale toxic radioactive particulate daily and walk on contaminated ground daily is still acceptable in today's world is our shocking reality.

Adding to the complexities and risks, the CNSC licenses the facilities for natural, enriched and depleted uranium to be transported and processed with emissions discharged over the town from stacks and cracks in old buildings. Wastes accumulate. The CNSC sets allowable emission levels based on the "As Low As Reasonably Achievable" or ALARA policy which enables nuclear industries to operate to their economic benefit rather than in the interests of public safety. The CNSC calls these "risk-based" decisions but the risks they allow are ours.

Residents are also dealing with a long overdue $1.2 billion federal cleanup of more than 1.7 million cubic metres of historic radioactive wastes located throughout the community including nearby Port Granby as a result of past, indiscriminate dumping practices by Cameco's predecessor Eldorado Nuclear Ltd. Cleanup has begun more than 60 years after the government was warned of the health risks for Port Hope in 1966 by experts and more than 45 years after the problems started to become public in 1975 giving rise to major public concerns.

The CNSC has licensed the waste locations and this massive cleanup by multiple private companies without any health monitoring of the people living and working in the midst of it, particularly those living in contaminated properties. They continue in spite of repeated interventions on health issues from concerned citizens including the Port Hope Community Health Concerns Committee, a non-profit organization of residents working together to secure independent health monitoring and address health concerns since 1995. The CNSC continues to downplay and dismiss the significance of Port Hope health studies showing physical contamination and significantly elevated rates of diseases associated with radiation exposure.

It is long overdue for the Government of Canada to fulfill its duty of care to the people of Port Hope and beyond, by implementing the following changes:

In 1945 when the atomic bombs were dropped on Hiroshima and Nagasaki, I was not yet born. But already the Manhattan Project had come to Canada. Welcomed and nurtured by our Government at that time. The nuclear industry had found a home in Canada. Today we are regretful of the results of the Manhattan effort and the resulting impact on the Japanese people.

Port Hope, Ontario, would play a major role in the Manhattan Project and the resulting damage from that day of the first bomb forward. And the town would progress into the future of nuclear, from arms to a costly source for power.

As a former nuclear energy worker, from Port Hope, the damage continues to this day. Costly nuclear cleanup projects to remove the town’s nuclear contamination are ongoing after decades of effort.

Fifty years after the atomic bombs in 1995, I worked in Port Hope to refine nuclear fuel for reactors. (I understand that I worked with bomb grade fuel). Within a year I had exposure symptoms, with steadily declining health, by 2000 I was hospitalized, lungs fading. In 2007, I tested positive for nuclear exposure, by way of inhalation. In 2015 I required a double lung transplant. Today, 25 years of illness continues, multiple health issues, my face, arms to hands, chest are scarred as though I was an atomic bomb victim myself. (This year an old Japanese Woman passing me looked up at me, her eyes widened, jaw fell open, she looked down and away, knowingly.)

We recognize the exposures in Japan, from 1945. But today I am still denied assistance and compensation from the home of the atomic effort, Canada. It is regrettable that the results of the Manhattan Project reflect on my face and in my eyes in this day, 50 years later. And not acknowledged in my home country. 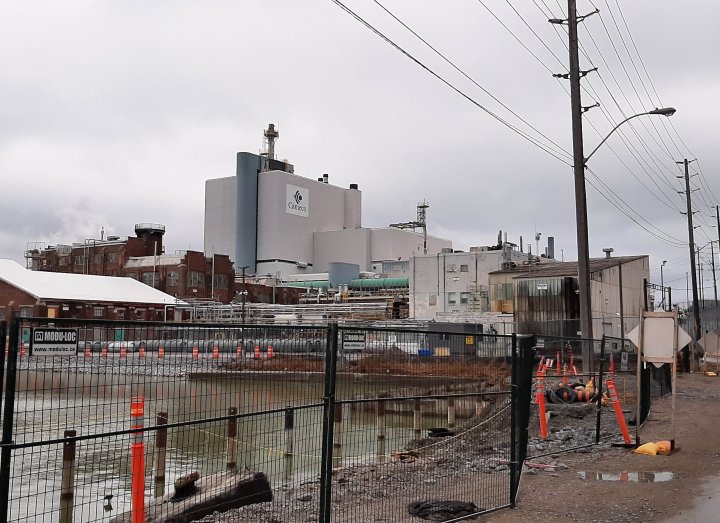